Reply To: Optuma to run on Arm Based Computers ie Apple M1 or Windows Arm64

A couple of thoughts on this.

1. This is a decision which is one level below where we work. We program in Pascal using Delphi. It is Delphi’s responsibility to compile our code into machine language (x86 or ARM). If they release an update which supports ARM then we can do it. I do note that in their RoadMap, they do plan to release support in H2 2021 (based on 25 years working with them, I expect it in 2022). When we get it, we would then need to try to compile and deal with all the issues that will come up in over 4 million lines of code. Because there are so many unknowns, and things out of our hands, I can not give a time line on this, but we do see this as being very important. 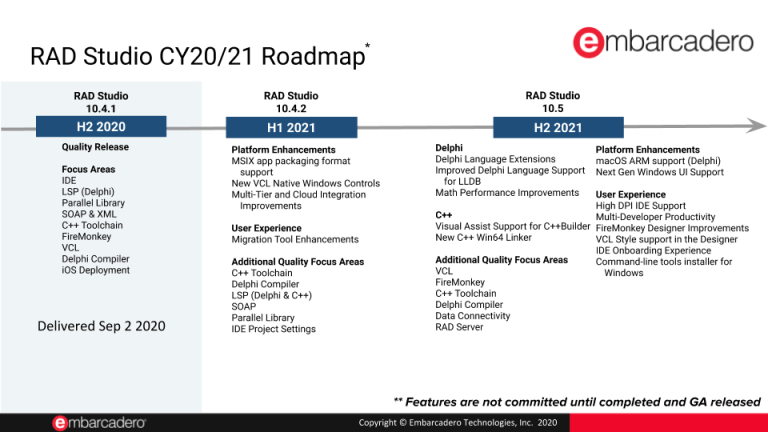 2. One of the things which stopped up releasing a native MAC version was the graphics library that we selected for this 4th generation of Market Analyst/Optuma. At the time (in 2009), OpenGL was the right choice to achieve what we were looking for with shading and thumbnails etc. Unfortunately, it stopped us from being able to easily compile for Windows, Linux & Mac. The other issue we have is that OpenGL is becoming more of an issue as graphics cards are no longer supporting the way that we are using it.

One of our projects for 2021 is to remove OpenGL and switch to a Graphics library which will be cross-compatible with all platforms.

3. We have worked with CodeWeavers years ago. The OpenGL issue is the core problem for us and we do not see that anything has changed there. Crossover is using a version of WINE which was first used for running Windows apps on Linux. I’d be surprised if they beat Parallels or VMWare Fusion to ARM support.

4. That article is referencing ARM windows on the M1. What you need is the standard x86 Windows on the M1. There is no use in Parallels which does not support x86 applications since 99% of Windows applications are x86. The M1 also has the capability of interpreting the expanded instructions of x86 to the reduced instructions of the ARM RISC (Reduced Instruction Set Computer) processor. This article explains it better https://www.parallels.com/blogs/parallels-desktop-apple-silicon-mac/ As soon as that version of Parallels is available, you’ll be good to go.

Bottom line is that Parallels & VM Ware have the biggest incentive to get this done the quickest. Make sure you keep up to date with what they are releasing.

By continuing to use the site, you agree to the use of cookies. more information